Ever since Judge Crevan declared her the number one threat to the public, she has been a ghost, on the run with Carrick, the only person she can trust.

But Celestine has a secret—one that could bring the entire Flawed system crumbling to the ground. A secret that has already caused countless people to go missing.

Judge Crevan is gaining the upper hand, and time is running out for Celestine. With tensions building, Celestine must make a choice: save just herself or risk her life to save all Flawed people.

Perfect continues the story of Celestine North and her society that implements a system where perfection is a must and where there is no room for any imperfections or flaws. Having found that you have imperfections and/or have made bad or immoral judgments will make you be branded Flawed and be ousted in the society. Flawed for them – the Perfects – were disgusting, dangerous creatures. And they were treated as second-class citizens.

Perfect is the kind of book you’ll need someone by your side to hold you when you cannot control the emotions you are feeling anymore. It was a read that was just so exhausting but exciting and will make you nervous but curious at the same time because it’s just so hard to figure out some of the characters’ motives. “Trust no one” should be your mantra while reading this book.  It was like every chapter has something “bomb” to offer. I was on the edge of my seat bed all throughout while reading this. And I will say, IT WAS ONE FREAKING HELL OF A RIDE.

I really love Celestine’s character. I definitely love Celestine’s character even more here than on Flawed. She’s an example of how complex humans can be. The character development of her in this book is again, ON POINT just like on the first book in the duology which is entitled Flawed. There were also more acts of her bravery that just made me LITERALLY burst into tears. She’s a unique and remarkable one. If you think you already saw everything in Flawed, you’re utterly wrong. She surprised me in times I didn’t think she’s still capable of doing so.

Celestine’s character wasn’t just the only surprising one. In fact, all of the characters did or had something that made me surprised or even proud. There was clearly development on the other characters as well. I especially loved the character development showed by Celestine’s family, how supportive they were, how they stood with each other all through the end. It was just so heart-warming. And it’s just something I definitely love seeing in YA.

We also get to learn more about the story of the side characters. Two of them were Art and Carrick, Celestines’ love interests. Carrick is serious and sexy, far different from Art who’s funny and seems like can’t take anything seriously, who is also the son of Celestine’s mortal enemy. I honestly thought that this will be another cliché love triangle while I was still reading Flawed. But I was proven wrong. In fact, what happened was beyond what I had imagined. The different relationships of these two with Celestine were just both beautiful and strong in two different ways.

If Flawed was focused on Celestine, the girl who’s the most flawed of them all, now, it isn’t just about Celestine anymore. It is now about everyone. Literally everyone. It’s now about her nation. The story expanded and revolved around everyone from the Flawed and Perfect citizens to the people who are in position in the government – be it the greedy, the corrupt, or the honest and dignified ones.

I almost can’t recall any scene where the protagonist got the chance to rest or where things cooled down for a bit. There were actually some but those were just minimal and already hard to remember. When the book started, she was already in danger – we all know that because of Flawed’s end – and she was in that kind of situation the whole story.

Or should I say, we.

Things were just unpredictable, there were hardly foreshadowing. If there were even some, they were so tricky they were actually just false that will give you wrong predictions making things more surprising. Or maybe I was definitely oblivious – which rarely happen.

This duology offers not just a simple tale. It has meaningful messages and lessons. It also shows how the weak can become strong, how a tiny voice can be heard, how power and greediness can turn people mad and just how great power people have if they’ll have unity.

There may be some aspects that are already cliché for a Dystopian duology, like, an ordinary girl standing against all the odds who has something that will end the antagonist and an antagonist greedy for something – precisely power – who wants that girl dead and will kill/harm anyone who will be in his way, but still, Flawed duology has something different. This is a whole lot new world and a whole lot new story with whole lot new characters. And it is one of my favorites.

Overall, Perfect by Cecelia Ahern is as perfect as how a last installment in a duology could be. It’s the kind of book that will make you feel exhausted after reading. You’ll feel emotionally exhausted but it will leave you with great amount of satisfaction. I highly recommend reading Perfect for those who have already read Flawed. And for those who haven’t yet, I recommend Flawed duology. 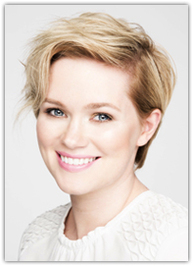 Cecelia Ahern was born and grew up in Dublin. She is now published in nearly fifty countries, and has sold over twenty-five million copies of her novels worldwide. Two of her books have been adapted as films and she has created several TV series.

*A huge thanks to MacMillan International Sales for providing me an ARC in exchange of an honest review. The copy by any means didn’t affect nor influence my review.

2 thoughts on “Perfect by Cecelia Ahern”