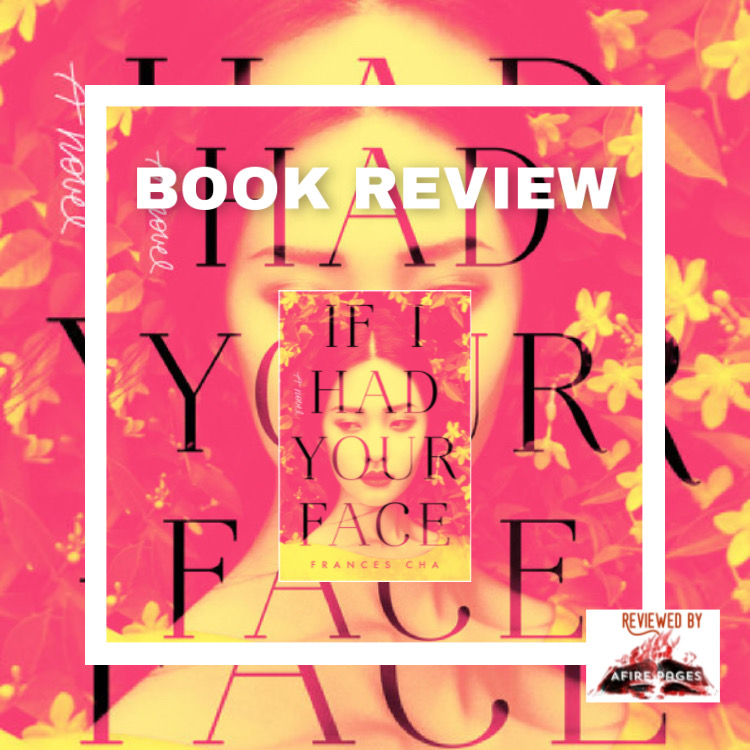 Title: If I Had Your Face

“Even as a girl, I knew the only chance I had was to change my face… even before a fortune-teller told me so.”

Kyuri is a heartbreakingly beautiful woman with a hard-won job at a “room salon,” an exclusive bar where she entertains businessmen while they drink. Though she prides herself on her cold, clear-eyed approach to life, an impulsive mistake with a client may come to threaten her livelihood.

Her roomate, Miho, is a talented artist who grew up in an orphanage but won a scholarship to study art in New York. Returning to Korea after college, she finds herself in a precarious relationship with the super-wealthy heir to one of Korea’s biggest companies.

Down the hall in their apartment building lives Ara, a hair stylist for whom two preoccupations sustain her: obsession with a boy-band pop star, and a best friend who is saving up for the extreme plastic surgery that is commonplace.

And Wonna, one floor below, is a newlywed trying to get pregnant with a child that she and her husband have no idea how they can afford to raise and educate in the cutthroat economy.

Together, their stories tell a gripping tale that’s seemingly unfamiliar, yet unmistakably universal in the way that their tentative friendships may have to be their saving grace.

**Thank you to Ballentine Books and Netgalley for providing me an eARC. This, by any means, did not affect nor influence my review.**

I dove into this book without any expectations. All I knew was that it’s about four or five women and is set in South Korea. I really liked this book. However, there are also some things that prevented me from fully enjoying and loving it.

If I Had Your Face is told from four points of views: Ara’s, Kyuri’s, Wonna’s and Miho’s but it is about five women, including Sujin. It is mostly set in Seoul, South Korea. It is a character-driven story and there isn’t really a concrete plot to look forward to. Instead, it focuses on the lives of these five women – who they are, and their lives in the past and in the present.

Ara works as a hairstylist, she is a huge fan of a K-pop star and is mute. Kyuri works in a room salon, she went through some plastic surgeries and is known for her beauty. Miho is an artist who came home to Seoul from studying abroad in New York. Wonna is a newlywed who is struggling to have a baby. And Sujin wants to work in a room salon and have plastic surgeries like Kyuri. All of these women live in the same building. Not all of them have direct connections from the beginning but some of them are friends and/or roommates.

I didn’t really connect with any of them. From the very beginning they were hard for me to keep track of, especially because I have found some of their voices indistinguishable. It took me more than half of the book to be able to appreciate them and distinguish some of them from one another because their voices sounded similar to me. I didn’t like Kyuri the most at first. I thought she was too judgmental but unexpectedly, she became the character I felt the most. What I loved about them, collectively, is that these women are not meant to be likable. These are women shaped by their dark pasts and tough realities. They are flawed but have proven themselves to be strong and resilient. They felt so human.

If I Had Your Face is brutally honest and talks about the harsh realities a lot of women face. This is what I love most about this book. It tackles a lot of topics and explores many themes like toxic beauty standards, wealth inequality, sexism, prostitution, being obsessed with an idol, the way the rich look down on the poor and the “beautiful” look down on the “ugly” based on said toxic beauty standards, growing up an orphan, domestic abuse, being disabled, mental health, marital life, parents treating their children as assets and how traumatic experience from childhood can affect a person even until adulthood. All these issues in the Korean society, but I know are also present in my own country and many more.

This is certainly a heavy read. It talks about uncomfortable realities that are hard to accept but we are often forced to swallow. I think this could also be an eye-opener, especially to those who have a lot of privileges in life and unaware of these issues.

There is a lot of sadness, suffering, envy, dissatisfaction, desperateness, and trauma etched into these pages, but at the same time it’s also full of ambition, thoughtfulness, drive, and love. Amidst the darkness, there are glimpses of light to be found. And I really love that.

The writing wasn’t gripping from the start. I also didn’t like how after very few paragraphs – sometimes just two or three, there will already be a line break and then we’ll move on to a different scene or topic right away. The thoughts of the characters or the scenes haven’t completely been absorbed yet, but we’ll have to jump to another one quickly, making me more detached. It took me more than half of the book to be used and a bit comfortable with the writing. And since there is no main plot that actually connects these five women’s stories together, I found it confusing at some point like I just couldn’t think of where the book was heading. At the beginning it almost read like an anthology for me.

What made me carry on was my interest about the topics and themes it explores and I found these characters interesting and somehow unique as well. And I am glad that I stick it out until the end.

If I Had Your Face is a brutally honest book about the harsh realities a lot of women face in the Korean society. I really like this as a whole but I also didn’t like some parts of it. I would still recommend this if you want a heavy read and are interested about the topics and themes mentioned, but won’t recommend it if you’re not into character-driven stories and books with multiple points of views. This is a debut novel. I think Cha has a lot to say and I would love to read her upcoming works in the future.

Frances Cha is the author of the novel If I Had Your Face. She grew up in the United States, Hong Kong and South Korea, and graduated from Dartmouth College with a BA in English Literature and Asian Studies. For her MFA in creative writing she attended Columbia University, where she received a Dean’s Fellowship.

She worked as the assistant managing editor of Samsung Economic Research Institute’s business journal in Seoul and as a travel and culture editor for CNN International in Seoul and Hong Kong. Her writing has appeared in The Atlantic, V Magazine, WWD and The Believer among other publications. Most recently, her short story “As Long As I Live” was published in the Korean-language anthology New York Story (Artizan Books, Korea).

She lives in Williamsburg, Brooklyn with her husband and two daughters and spends summer in Seoul, Korea.

Have your read If I Had Your Face? Did you like it as well? What’s your latest favorite adult fiction? Let’s chat below!